Can Dogs Take on Their Owner’s Personalities?

Amanda and her dog Cooper have a lot in common. They both love to exercise, and every evening you’ll catch them jogging side by side down the sidewalk. When she’s not running with her pup, Amanda is the type of person who always likes to have a job to do. The same goes for Todd. He doesn’t like to be bored, and he’s happiest when he’s training or chewing up his toys. Amanda’s friends say she’s stubborn. Amanda says the same about Todd. Amanda prefers summer over winter and hates when it rains. So does Todd.

Are you starting to notice a trend? The similarities between Amanda and her dog seem almost uncanny. But thanks to a group of researchers, we now know that dogs having the same personalities as their people aren’t strange—it’s normal.

A study published in the journal PLOS, reports dogs often take on the personalities of their favorite people. In the study, researchers recruited 132 dogs and their owners to be evaluated through a series of behavioral tests and physical markers. Researchers took note of how the dogs and their owners reacted to specific situations in a lab. Then they compared heart rates and took saliva samples for the purpose of detecting a stress hormone called cortisol.

To top it off, each of the humans filled out a personality survey evaluating their “Big Five” personality traits. Those traits include agreeableness, neuroticism, extraversion, conscientiousness, and openness. They also filled out similar surveys about their dogs.

When the results were in, one thing was clear. A person’s personality can influence their pet so much, the pet adapts and takes on similar characteristics. Researchers found people who were nervous and anxious had dogs that were more likely to be afraid of new things and nervous in new situations. On the other side of the spectrum, dogs with relaxed personalities were more likely to live with humans who were laid-back and easy going.

“Owners and dogs are social dyads [groups of two], and they influence each other’s stress coping.”

Schoberl and his team also considered whether this phenomenon of shared personalities is a two-way street. Could it be that a dog’s personality influences that of his human? The answer to that question according to the study is, “probably not.” Researchers determined that because humans are most often the “leaders” within the dog/human friendship, it’s more likely for the dog to be influenced than it is for the human. The next time you feel frustrated at your dog’s stubborn nature or exasperating energy, remember, you might have yourself to blame.

The concept of matching personalities doesn’t fall far from the belief that dogs end up looking like their favorite people physically. Those dog/human look-alike contests featuring women with coiffed hair hugging poodles and mustached-men posing with their Scottish Terriers are fun and games, but they’re also based on science. Psychology Today reports choosing a dog to share your life with is an opportunity for human narcissism. People tend to gravitate toward dogs that remind them of themselves.

For example, physically fit people tend to pick out athletic-looking dogs, and men and women with long flowing hair prefer dogs with long fur and floppy ears. Even subtle characteristics like the shape of a dog’s eyes and the size of their nose seem to have an effect on the bond between human and canine.

Cooper’s sleek tan fur is a mirror to Amanda’s naturally tanned skin and light brown hair, and their relationship is made great by their shared interests and compatible personalities. There are things they disagree on—like what constitutes an edible snack and the necessity of sniffing every tree on the block—but their commonalities are part of their strong bond. Think about it, are the similarities between you and your dog more than a coincidence? 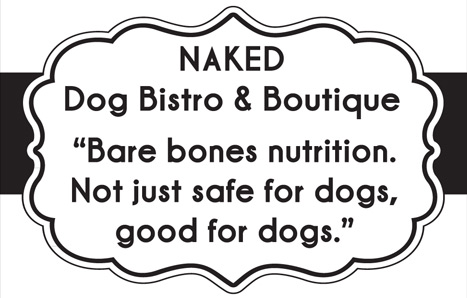